Pierre Willm, a French military naval Architect (Ingénieur général de l’armement-Génie maritime) died March 28, 2018, the eve of the day of his 92 years. Pierre Willm is, with his partner Captain Houot who died in 1977, the father of the French bathyscaphes: FNRS III and Archimedes, the latter having reached a world record in July 1962 at 9545 m depth in the Kuril Trench off the coast of Japan. Called to the French Petroleum Institute as Marine Scientific Director (1963-87), he oversees projects of deep submergence vehicules Argyronete and Saga.  Officer of the Legion of honor, Commander in the National order of merit, Pierre Willm was member of the Academy of Marine. He was Vice-president of the ATMA from 1990 to 1998. He was since 1998 Vice President of honor.  The ATMA pays tribute to this great engineer, passionate about technology and maritime adventure. 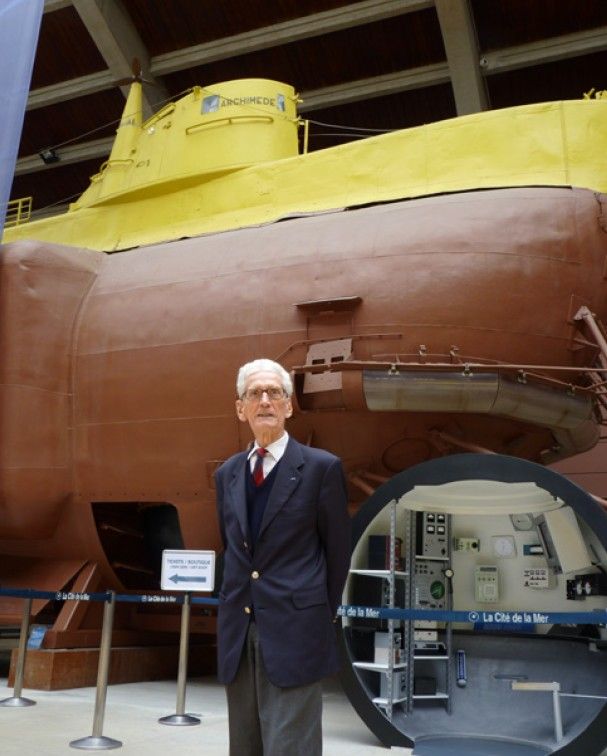